I held a couple of small private classes in oil at my studio this week and focused on color temperature with these students. Coming from a background of many years working primarily in pastel, color mixing in oil has always been a challenge for me. I've found that keeping the goal of capturing the color temperatures within the landscape, rather than trying to mix the exact color you see, often yields better results. Below are my demos from these classes.


When working from photos, there can be so much variation on the color represented--whether working from a back lit monitor (iPad or laptop computer), professional print, or a paper print from your home printer--that it's somewhat pointless to struggle with matching those exact colors. Instead, try to achieve the relative temperature contrasts between cools and warms that your source photo conveys.

For example, if you're mixing paint for an area you know is warm compared to what it's next to, mix up your "guess" and test it next to the cool area. Don't worry if it doesn't match the color in the photo, but test a dab of it next to the cool area, stand back, and after first deciding if the value is correct, observe if the two areas convey the same degree of warm/cool contrast that's perceived from the scene captured in the photo. I usually need several tries to capture an accurate value and temperature. (My students will vouch for that!)

In the end, you're better off spending more time fussing with the paint down on your palette and fussing less with it on the painting surface.

Below are the block ins for each of the two demos... 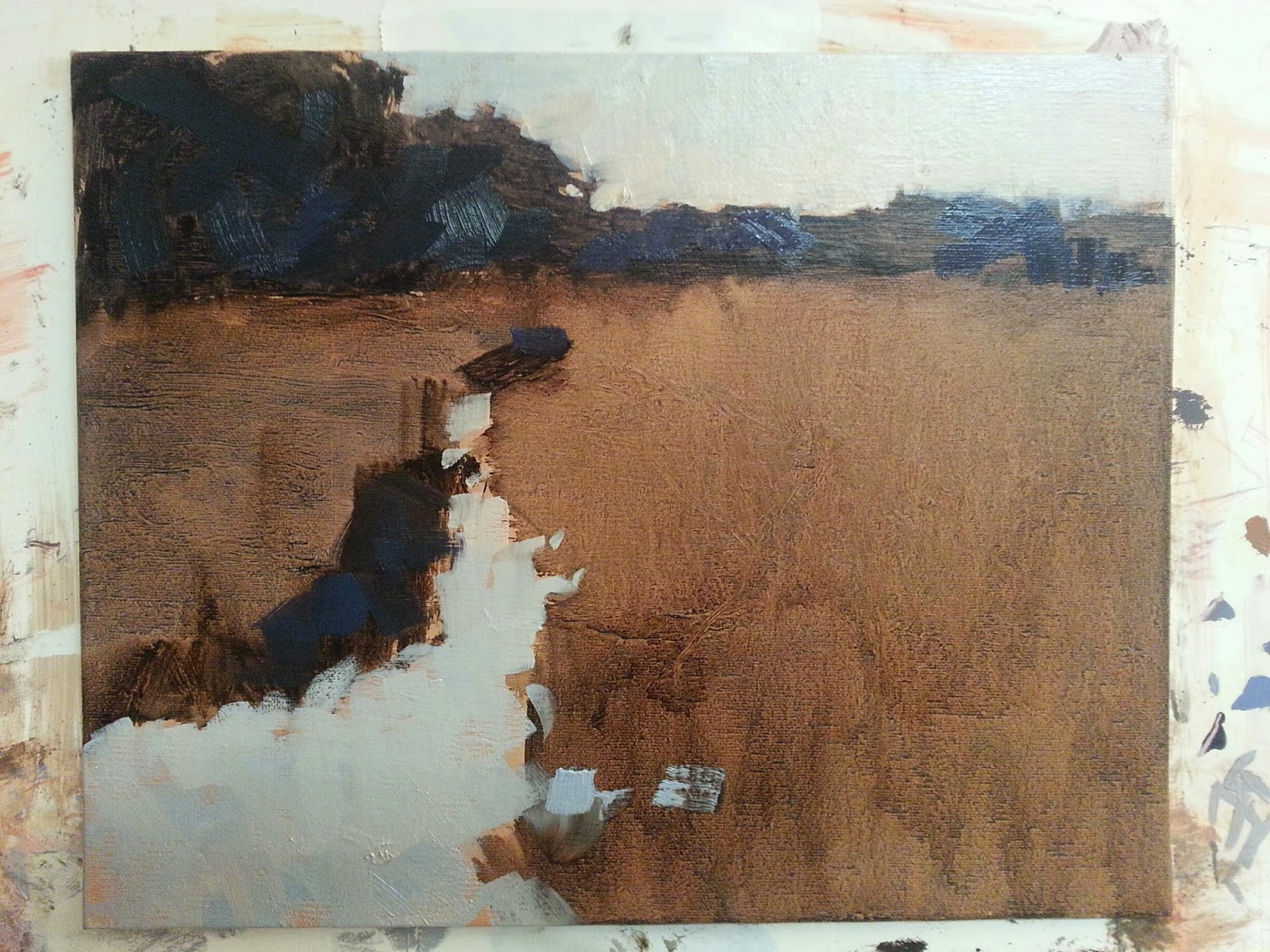 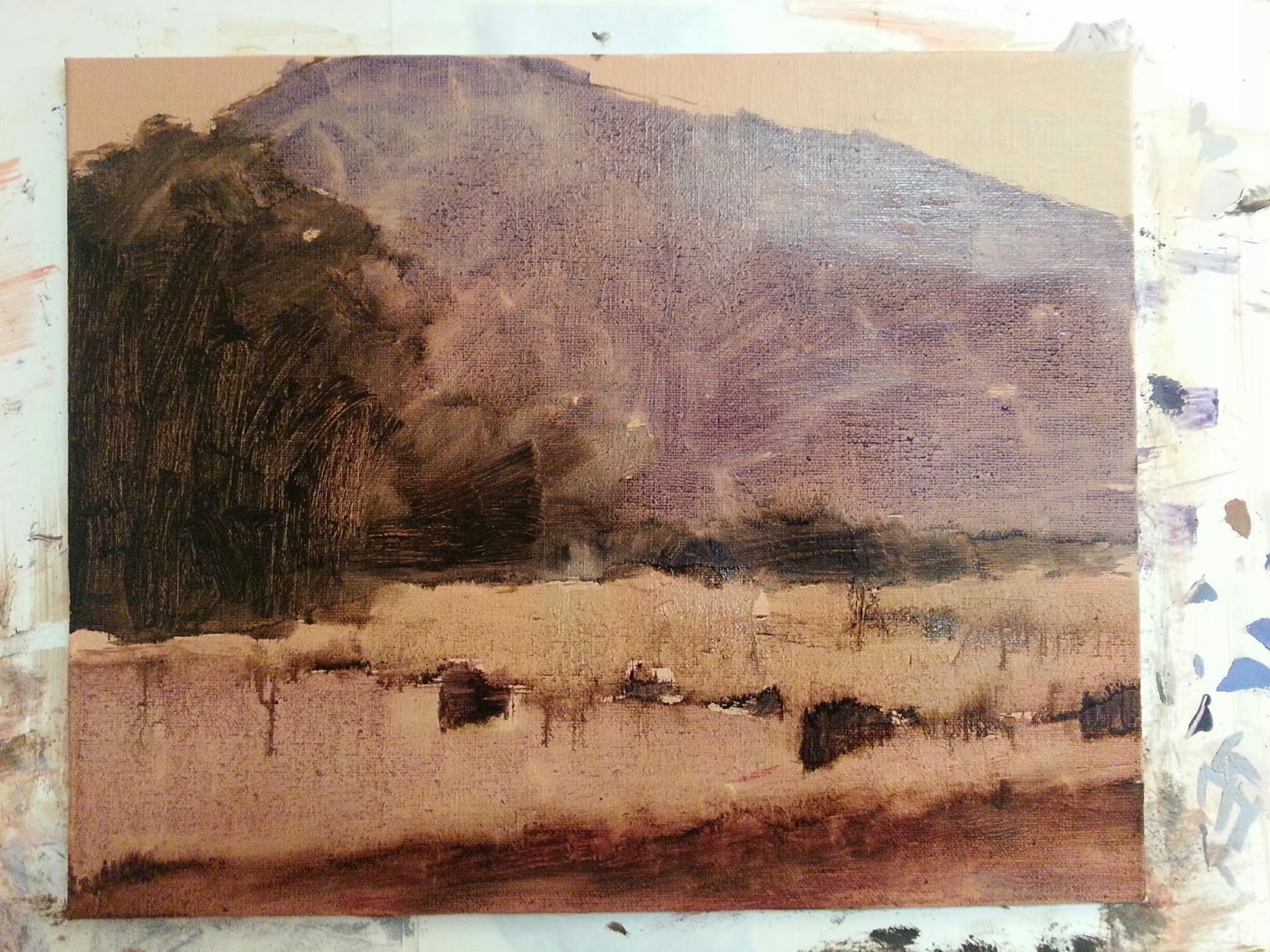 WORKSHOP NEWS (Several locations just added for 2015!):
Over the next three months I'll be teaching in Wisconsin, Oregon and Texas. I've just updated my 2015 schedule on my website with several additions to now include workshops in Maryland, Florida (Bonita Springs and Jacksonville), Rhode Island, New Mexico, Maine, Minnesota, and New Jersey. Click HERE for details and my full workshop schedule.

Posted by Barbara Jaenicke at 5:49 PM